OHESI provides HIV surveillance data and reporting for the province of Ontario.

Check out the latest!

Current Trends for HIV in Ontario

OHESI produces detailed blog posts and reports to examine patterns in HIV testing, new diagnoses and the HIV care cascade. Scroll down to find the most current data available for key indicators. Check out our data blog and reports for full analyses. 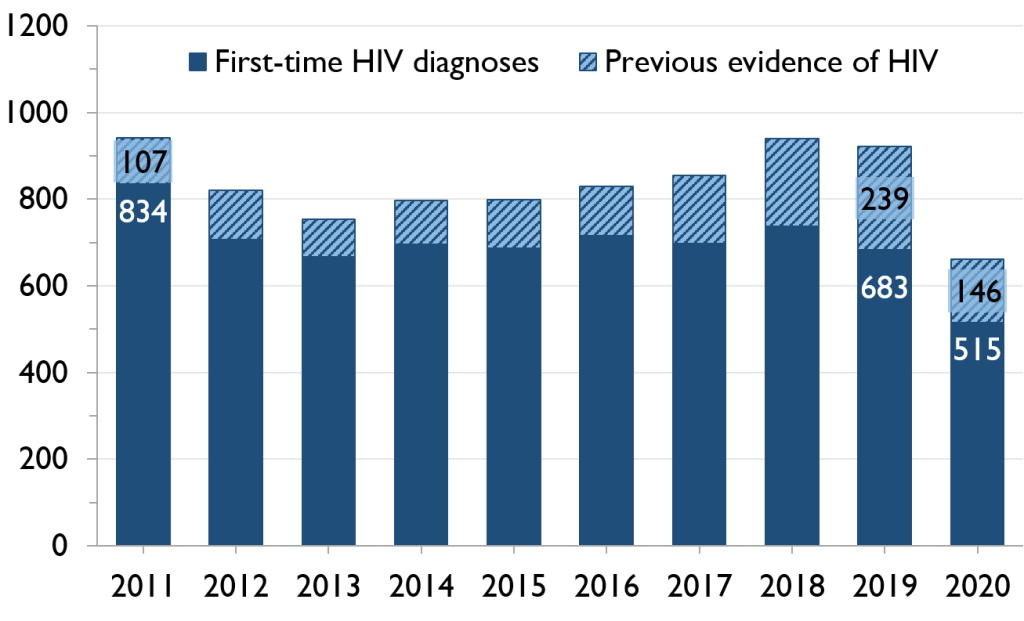 First-time HIV diagnoses and Persons with Previous Evidence of HIV, by year, Ontario 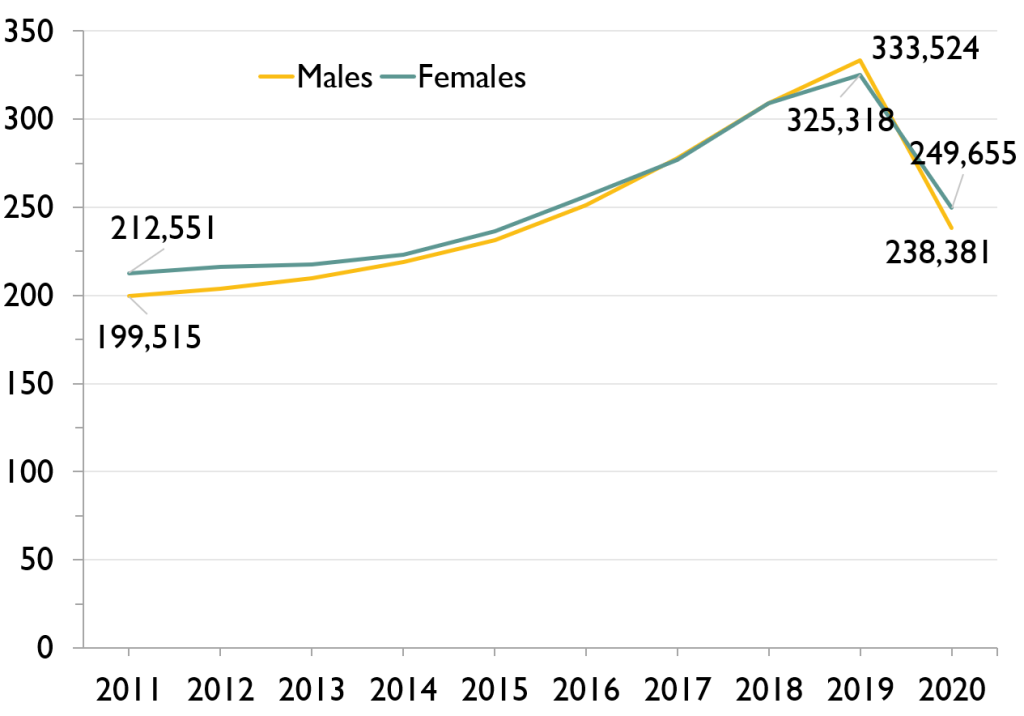 The number of HIV Tests Down in Males and Females in 2020. This decline in the number of HIV diagnostic tests was a reversal of the trend of increasing tests over the past decade. 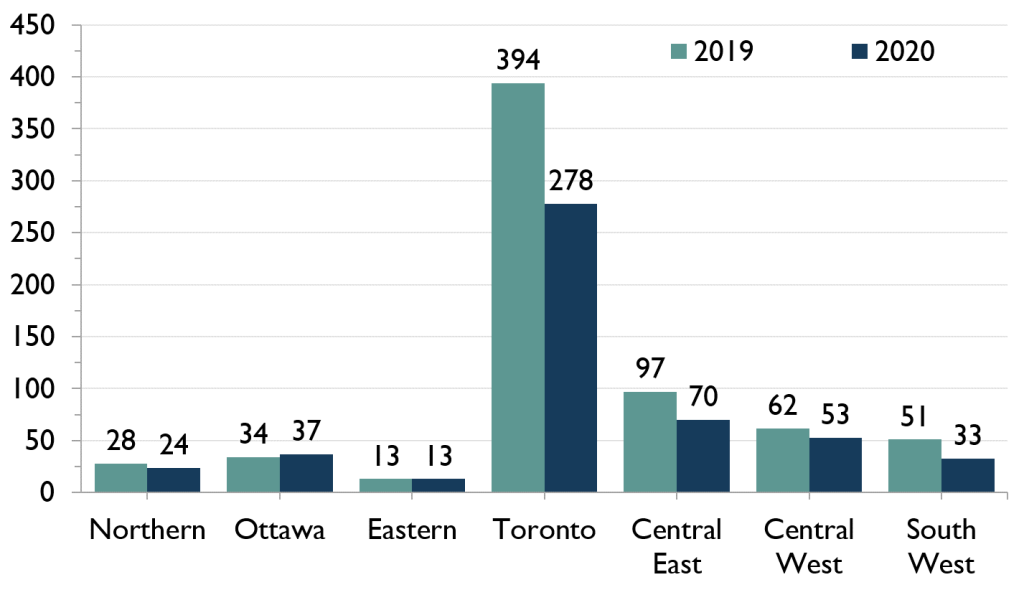 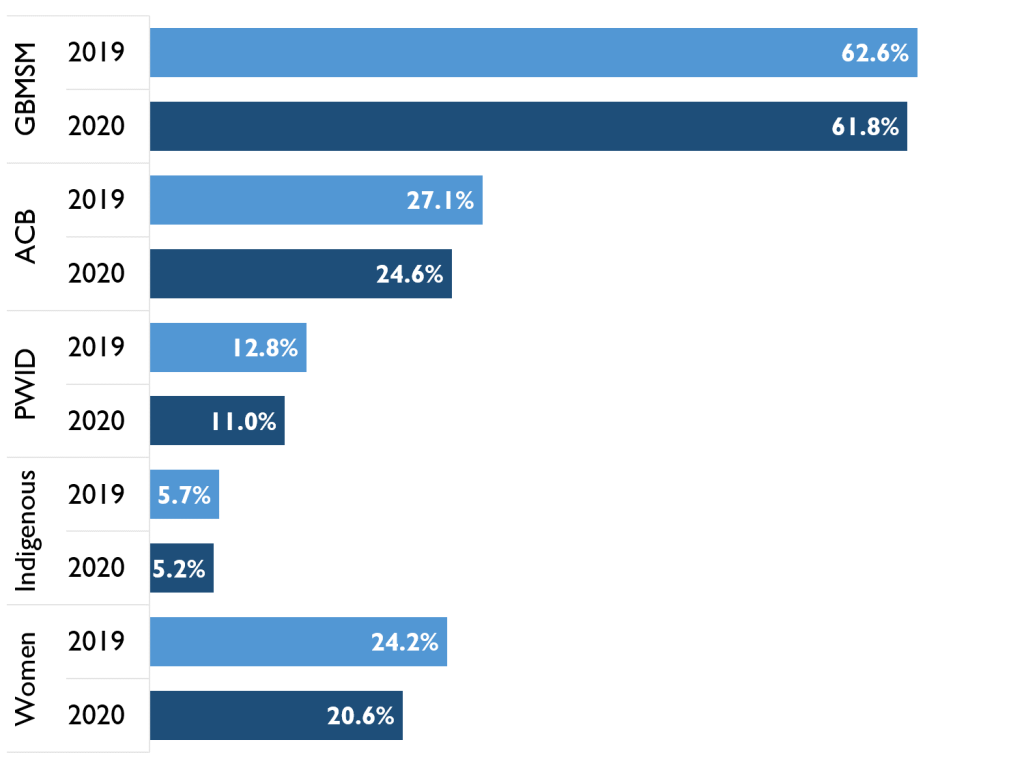 Analyzing HIV care cascade data in Ontario is critical to understanding our successes and ongoing challenges in meeting HIV care cascade targets. In 2018, an estimated 22,439 people were living with HIV in Ontario (* modelling by PHAC). Of these, an estimated 19,128 people (85.2%) knew their HIV status (i.e. were diagnosed). 16,214 people were on anti-retroviral treatment and 15,755 people were virally suppressed (<200 copies/ml). 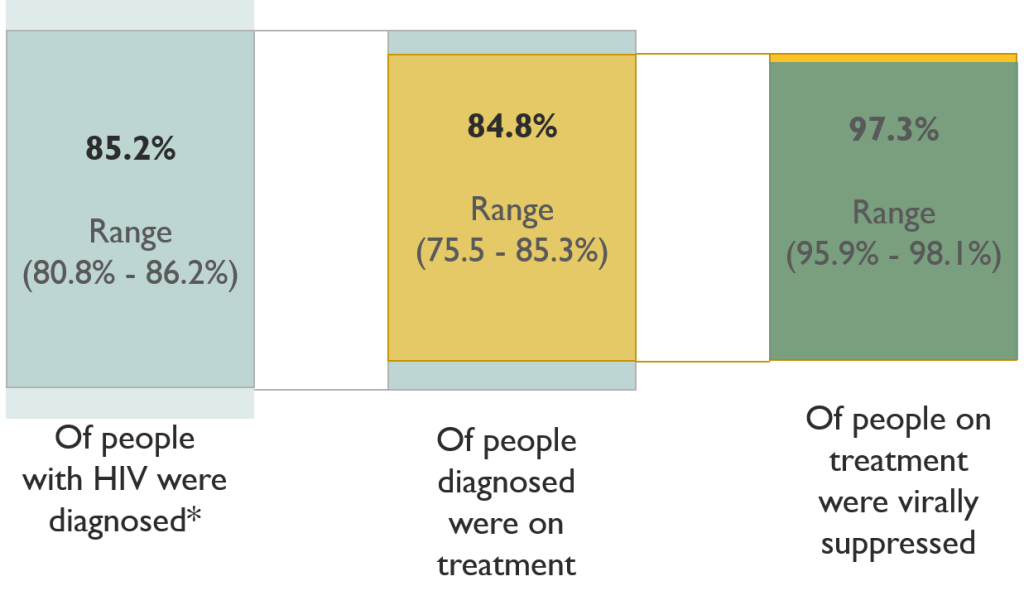 In 2018, Ontario made progress compared to previous years on the 2nd and 3rd 90s, with 84.8% of people diagnosed on treatment (ART), and 97.3% of people on treatment (ART) were virally suppressed. Progress is necessarily on the first two 90’s in order to meet the targets.