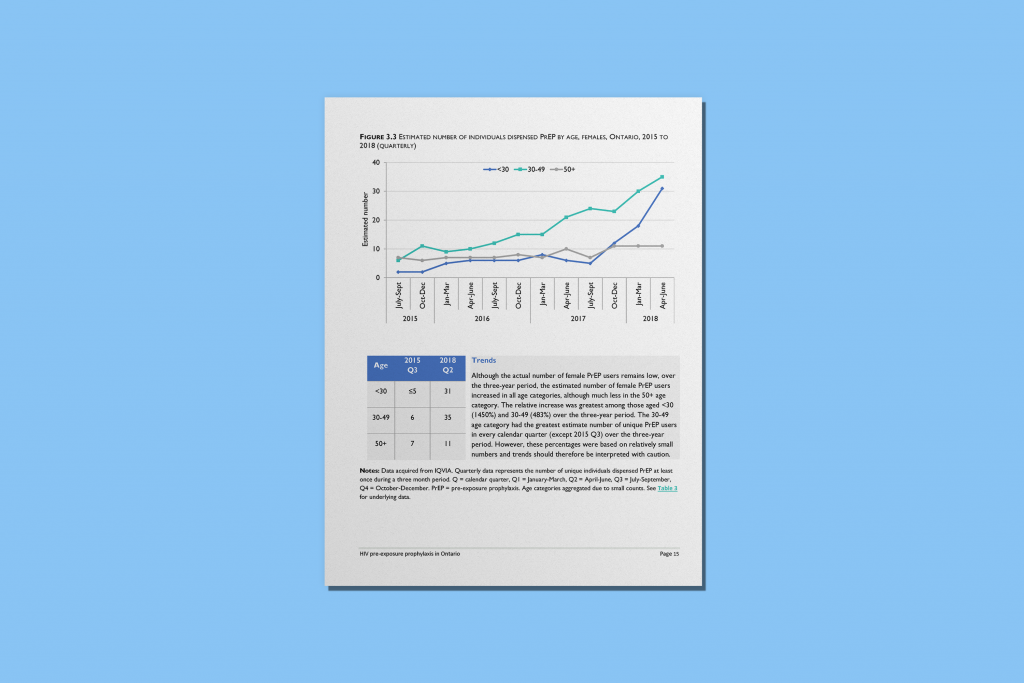 OHESI would like to share a newly released report by The Ontario HIV Treatment Network (OHTN) titled “HIV pre-exposure prophylaxis in Ontario”.

HIV pre-exposure prophylaxis (PrEP) is the use of daily antiretroviral medications by HIV-negative individuals to reduce their risk of HIV infection. PrEP is a highly effective HIV-risk reduction strategy and a critical part of a comprehensive approach to HIV prevention. It is important to monitor PrEP uptake to provide information to improve access and identify implementation gaps. However, Ontario does not currently have a provincial-level monitoring system for PrEP. To fill this gap, the OHTN is using pharmacy data on PrEP prescriptions to summarize PrEP uptake in Ontario between 2015 to 2018.

This report contains projected provincial-level estimates based on PrEP medication dispensation data from more than 2,000 pharmacies across Ontario. The estimated number, percent or rate of PrEP users is described overall, by sex, age, prescriber specialty, payment type and by region between July 2015 to June 2018. The estimated number of physicians prescribing PrEP by prescriber’s region between March 2018 to February 2019 is also described.

Key findings of the report include: 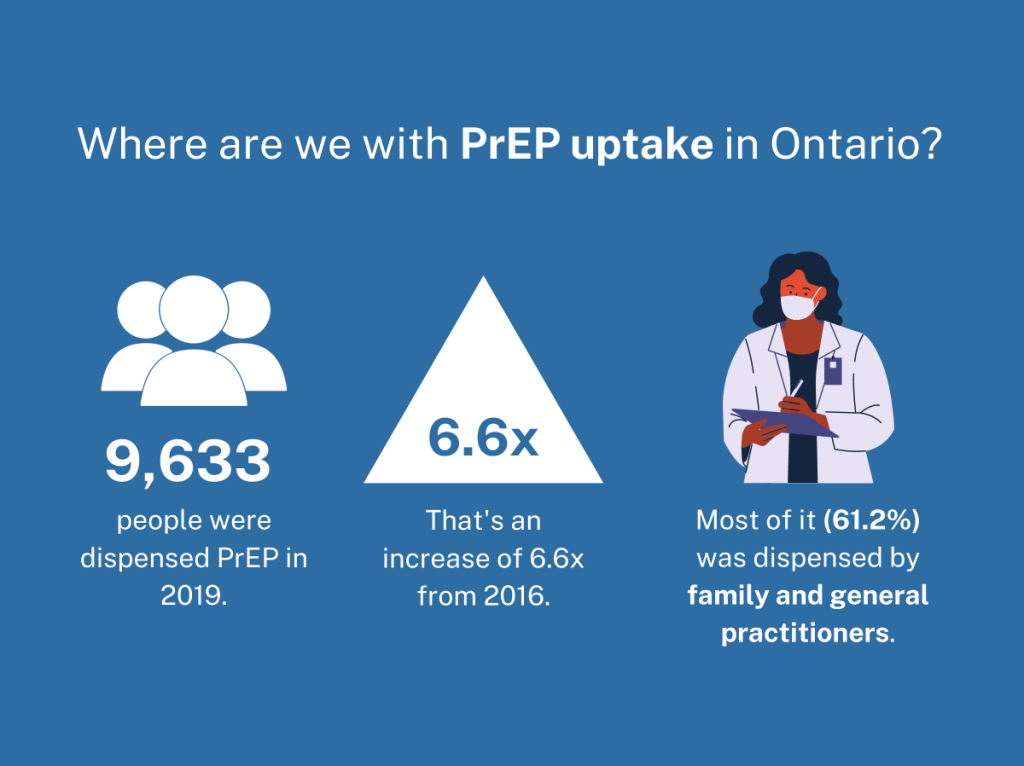