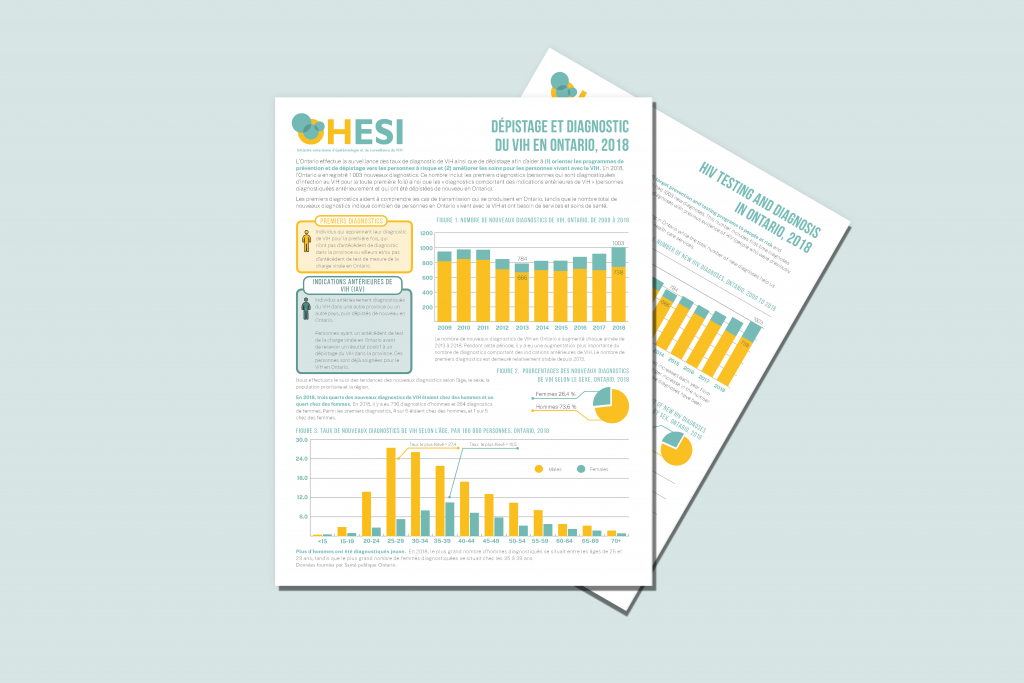 HIV diagnoses in Ontario: Refinements to surveillance data in the 2018 reports

A more accurate picture of people diagnosed or entering care for HIV in Ontario and people who are learning their HIV diagnosis for the first time.

The new HIV diagnosis definition includes 1) first-time diagnoses and 2) people who have previous evidence of HIV. Individuals with previous evidence of HIV either 1) had an HIV-positive diagnosis outside of Ontario and later retested in Ontario (as recorded on the test history section of the laboratory enhancement program (LEP) case report form or the test requisition form), or 2) had a history of viral load testing in Ontario (without a recorded and linked prior confirmatory diagnostic test in Ontario).

Recent trends in new HIV diagnoses could be due to changes in testing programs, local HIV transmission and/or migration.

Why do some new diagnoses have previous evidence of HIV (PEH)?

HIV diagnoses with previous evidence of HIV include both 1) people who may be new to the province who already knew their HIV-positive status and have a confirmatory HIV test in Ontario and 2) people who may have been infected in Ontario and have been living and receiving care in the province but have no prior linked confirmatory diagnostic test in Ontario. Excluding these individuals better reflects who is testing to learn their status and, therefore, which people might be at greater risk of HIV transmission in Ontario today.

People who move to Ontario from another province or country and already know their HIV-positive status can be retested when they arrive in the province. Some reasons for retesting could include immigration, insurance, entering care. This information is most often captured in their testing history when they retest in Ontario. These individuals were initially diagnosed (and likely infected) outside of Ontario. We refer to these new diagnoses as ‘out-of-province’ and they are counted as new diagnoses with PEH.

The number of new diagnoses and the number of first-time HIV diagnoses in Ontario between 2009 and 2018 are shown in the figure below.

Considerations about our definitions and surveillance data

What is surveillance data and what does it tell us?

Getting an HIV test in Ontario

HIV testing and diagnosis in Ontario, 2018

In this factsheet, OHESI reports on the trends of HIV testing and diagnoses in Ontario over the past decade, with an emphasis on new diagnoses in 2018.