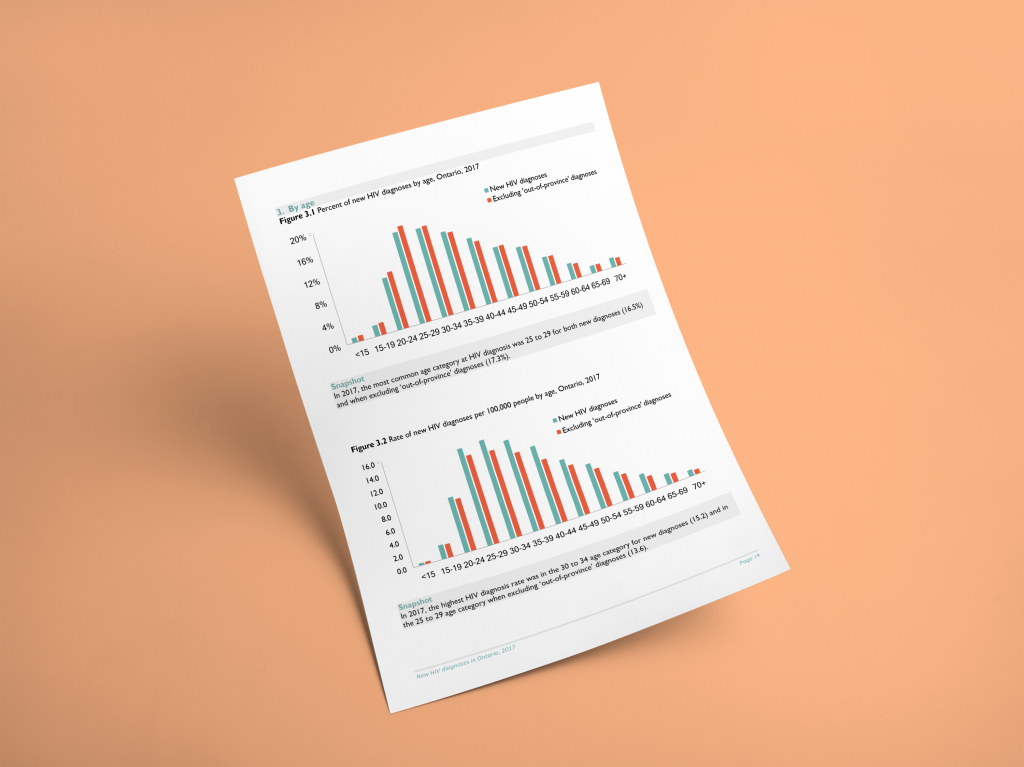 The Ontario HIV Epidemiology and Surveillance Initiative (OHESI) is pleased to announce the release of a new report titled “New HIV diagnoses in Ontario, 2017”.

This report describes, updates and expands on the trends in HIV diagnoses in Ontario over the past decade (2008-2017) with a focus on new HIV diagnoses in 2017. It presents analyses by sex, age, race/ethnicity, geographic location and priority populations (i.e. subgroups of Ontarians who experience a higher risk of HIV).

This report is the first to use data from the Laboratory Enhancement Program (LEP) to better understand trends in new HIV diagnoses in Ontario. This new information allowed us to:

A few key findings of the report include: