The Ontario HIV Epidemiology and Surveillance Initiative (OHESI) is pleased to announce the release of a new report titled “HIV testing in Ontario, 2017”.

Reporting on HIV testing data in Ontario is critical to measuring our success in the HIV prevention, engagement and care cascade. A robust testing program ensures that high risk individuals receive regular HIV tests and that people who are living with HIV can learn their status and be linked to care. HIV testing is also an important gateway to services for people who are HIV-negative to be linked to prevention services. Trends in HIV testing can be useful for measuring the success of HIV testing initiatives.

In the 2017 HIV Testing Report, OHESI describes the trends in HIV testing in Ontario over the past decade (2008-2017), with a focus on HIV tests in 2017. The report includes analyses broken down by type of test (nominal, coded, and anonymous), sex, age, HIV exposure category, and geographic location (health regions), as well as information specific to rapid/point-of-care (POC) and prenatal HIV testing. Metrics described in the report include the number and percent of HIV tests, rates of HIV tests per 1,000 people, and HIV test positivity rates (i.e. the percent of HIV diagnostic tests with a confirmed HIV-positive result), among other analyses. For more information on HIV diagnoses in Ontario, please see the OHESI new report on HIV diagnoses in Ontario, 2017

The information in this report can also be found in the Data and figures section of the OHESI website. 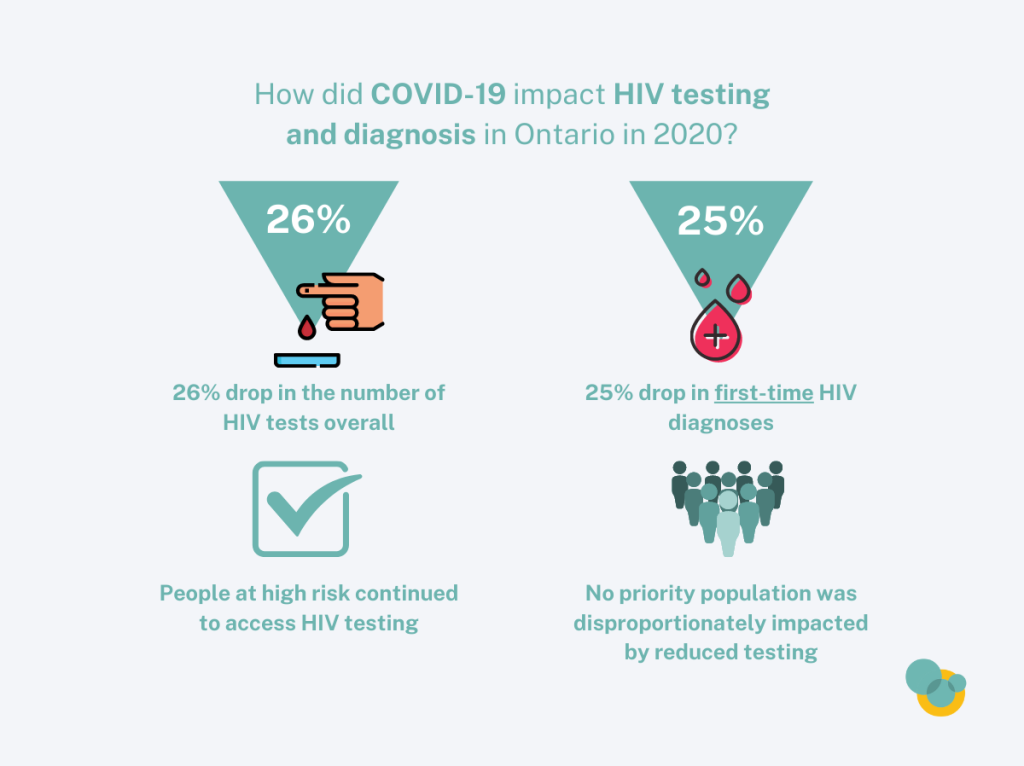