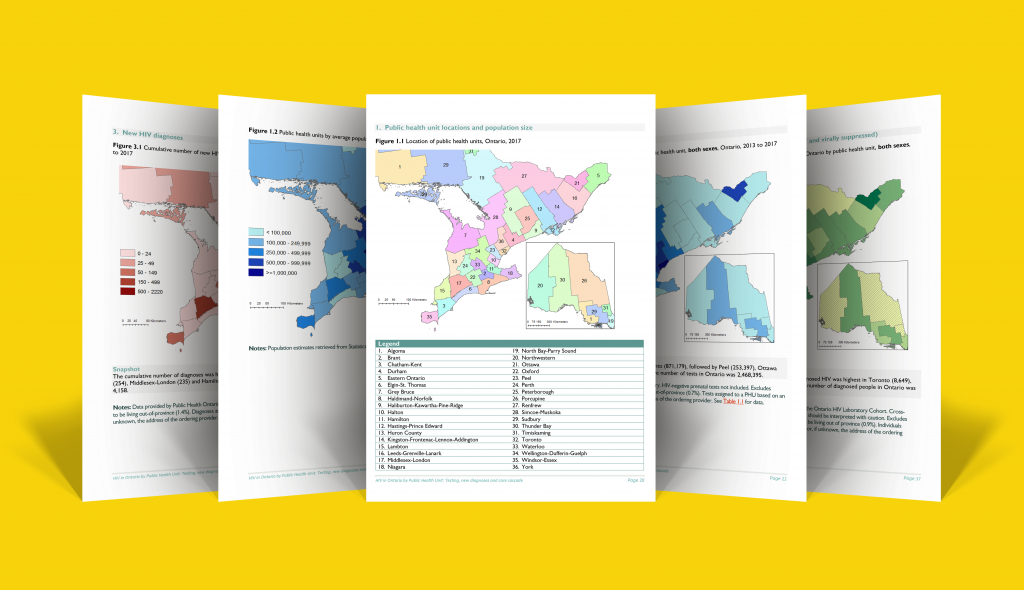 OHESI is pleased to announce the release of a new technical report: HIV in Ontario by public health unit: Testing, new diagnoses and care cascade.

Download the report on “HIV in Ontario by public health unit.”

Timely, relevant HIV epidemiological data are critical for public health units (PHUs) to monitor their local HIV epidemic, and to plan and evaluate local health promotion and prevention programs. PHU-level data is not only important for the health units themselves, but also for AIDS Service Organizations and other community-based organizations whose catchment areas may be better represented by these smaller geographic boundaries.

This newly released report is the first OHESI knowledge product to present HIV indicators at the PHU level. The data included in the report span the breadth of the HIV prevention, engagement and care cascade and include testing and diagnosis, as well as later care cascade indicators (i.e., the percent of diagnosed individuals who are in care, on antiretroviral treatment and virally suppressed). These indicators were derived from databases at the laboratory at Public Health Ontario.

A few key findings of the report include:

We hope you find the data in this report useful. Moving forward, OHESI aims to produce similar reports in the future.