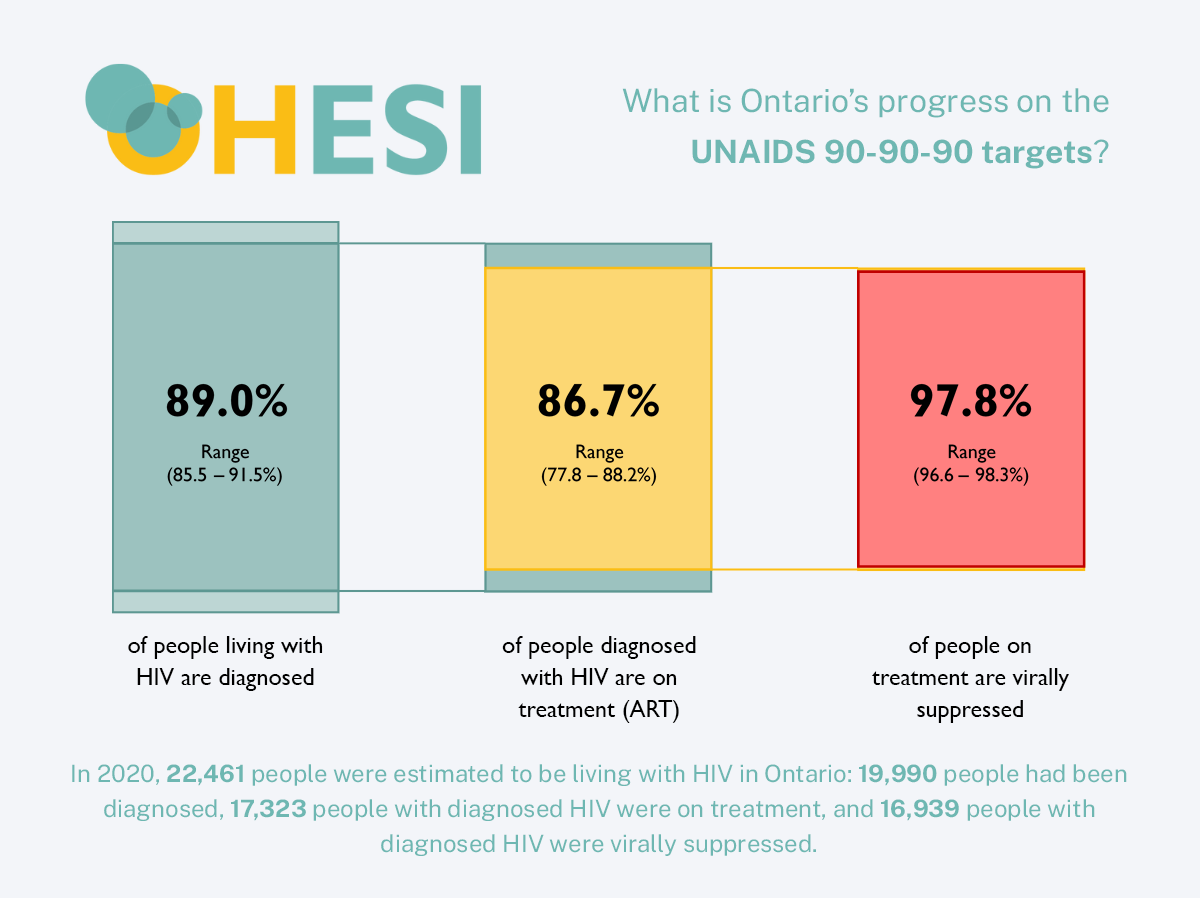 The Ontario HIV Epidemiology and Surveillance Initiative (OHESI) is pleased to announce a new report: HIV care cascade in Ontario: Linkage to care, in care, on antiretroviral treatment, and virally suppressed, 2020. It describes trends in the metrics of the HIV care cascade in Ontario over two decades (2000-2020), with a focus on 2020. Key findings are highlighted in this blog post.

The COVID-19 pandemic affected access to HIV testing and clinical care in 2020. OHESI previously discussed its impact in our blog post, Impact of COVID-19 Pandemic on HIV testing and diagnosis in Ontario. Previous blog posts have described the 2020 HIV care cascade specifically among Women and gay, bisexual, and other men who have sex with men (GBMSM). This report describes the overall 2020 HIV care cascade, as well as breakdowns by sex*, age, and health region. Understanding trends in the HIV care cascade can help Ontario measure the success of its initiatives.

*Sex is limited to male and female due to limitations of historic data capture.

The number of people with diagnosed HIV living in Ontario increased from 10,937 in 2000 (range 9,420 to 12,233) to 19,990 (range 19,723 to 21,393) in 2020. The increase is due to a combination of longer life expectancy for people on treatment (fewer deaths) and people living with HIV being newly diagnosed (ongoing transmission observed through HIV testing) or moving to Ontario.

Larger proportions of people living with diagnosed HIV were in HIV care, on ART, and virally suppressed over time

Figure 3. Percent of people with diagnosed HIV living in Ontario who were in care, 2000 to 2020

Amongst those newly diagnosed with HIV, a higher proportion of males  are linked to HIV care within one month of diagnosis compared to females

Although the time between diagnosis and viral suppression has improved for both males and females, a greater proportion of newly diagnosed males are virally suppressed within six months of diagnosis compared to females

Figure 5. Percent of people newly diagnosed with HIV in Ontario (nominally) who achieved viral suppression within six months of diagnosis, overall and by sex, 2014-2015 to 2018-2019 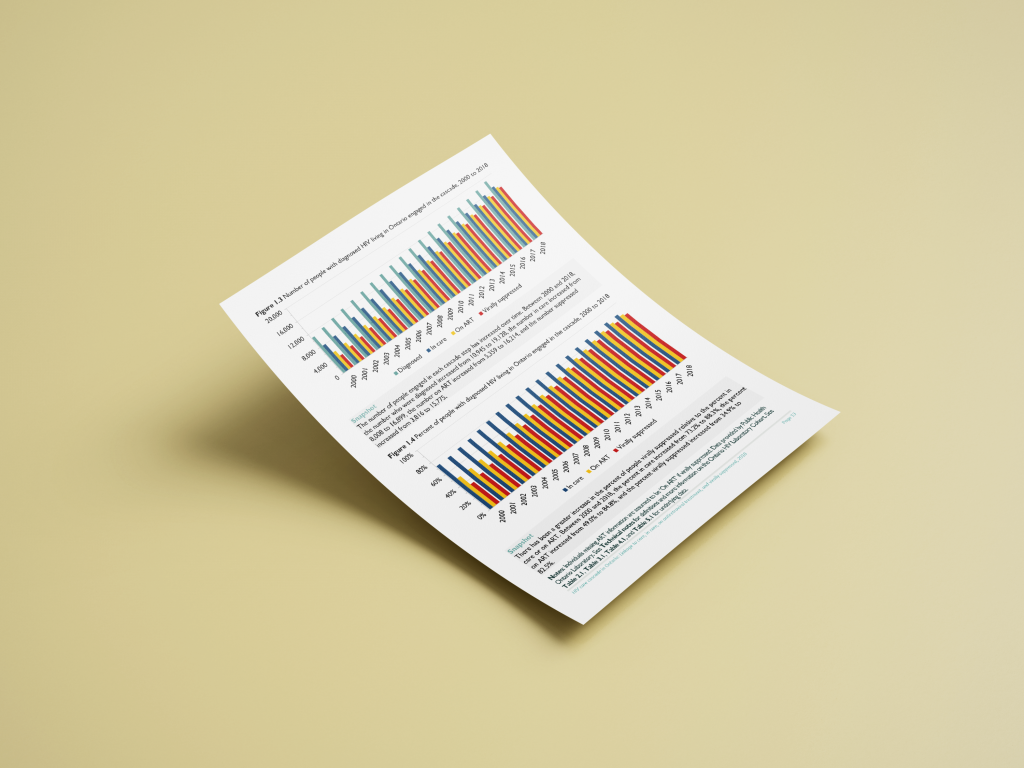